Eats for breakfast:
A couple cups of coffee and usually nothing else.

One thing that most people don’t know about you:
You know Eddie Haskell from Leave it to Beaver? That’s me. 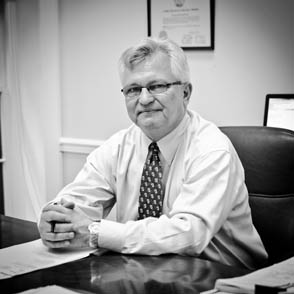 Fred is a U.S. Army Veteran, having served 2 years on active duty. He was honorably discharged from the Army in 1974. He has been a speaker at numerous seminars on bankruptcy. He was also selected as one of Birmingham’s top bankruptcy lawyers by Birmingham magazine in 2009 and 2012. Fred is a former Law Clerk to Judges Stephen Coleman and Clifford Fulford, United States Bankruptcy Court for the Northern District of Alabama. He is a member of the Birmingham Bar Association (member, Bankruptcy & Commercial Law Section) and the Alabama State Bar (member, Bankruptcy & Commercial Law Section).