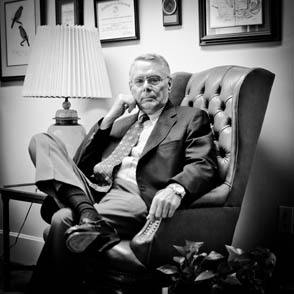 Before entering practice, Gene served a one year term as Law Clerk to United States District Judge H.H. Grooms, and for two years following his clerkship, served as Chief of Intelligence with the United States Army, Provost Marshall Office in Fort Campbell, Kentucky.

He has served as president of the Alabama Defense Lawyers Association and has been an active lecturer on behalf of various continuing legal education programs. He is a member of the Downtown Kiwanis Club and the Monday Morning Quarterback Club. Gene is a member of the Birmingham Bar Association, American Bar Association, Federal Bar Association for the Northern District of Alabama, Federation of Defense and Corporate Counsel, National Association of Railroad Trial Counsel and the Alabama Defense Lawyers Association (Board of Directors from 1979-1982, Vice President from 1984-1986, Secretary-Treasurer from 1989-1990 and President from 1991-1992).